Whether you drive or fly depends largely, of course, on where you’re coming from and how many passengers you will have with you in your frog squad. Larger families with a lot of tadpoles may find it’s more economical to drive, but you should always factor in the additional cost of gas and food while on the road. And leapin’ lily pads, you should know that California has some of the highest gas prices in the country. Once you get over the shock at the pump, the Los Angeles area does have a massive freeway system. That makes Los Angeles fairly easy to get to and more car-based than other cities, so bringing your own car can help you save on flights and a rental car.

If you’re flying to LA, you have an abundance of options. The two biggest airports are Los Angeles International Airport (LAX) or John Wayne Airport (SNA), although depending on your origin, you may find the smaller airports to have more competitive rates or to be more convenient from your departing airport. At 12 miles away, John Wayne is just a hop, skip and jump away from Disneyland, although Long Beach is only a bit longer jump at 18 miles away. Burbank is closer to downtown Los Angeles and Hollywood than LAX. 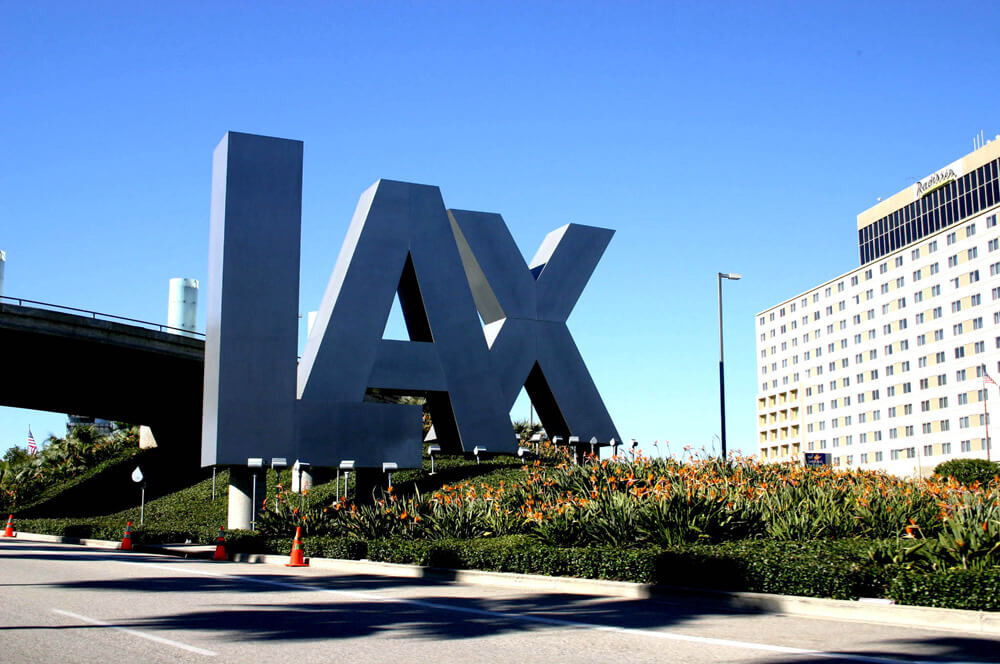 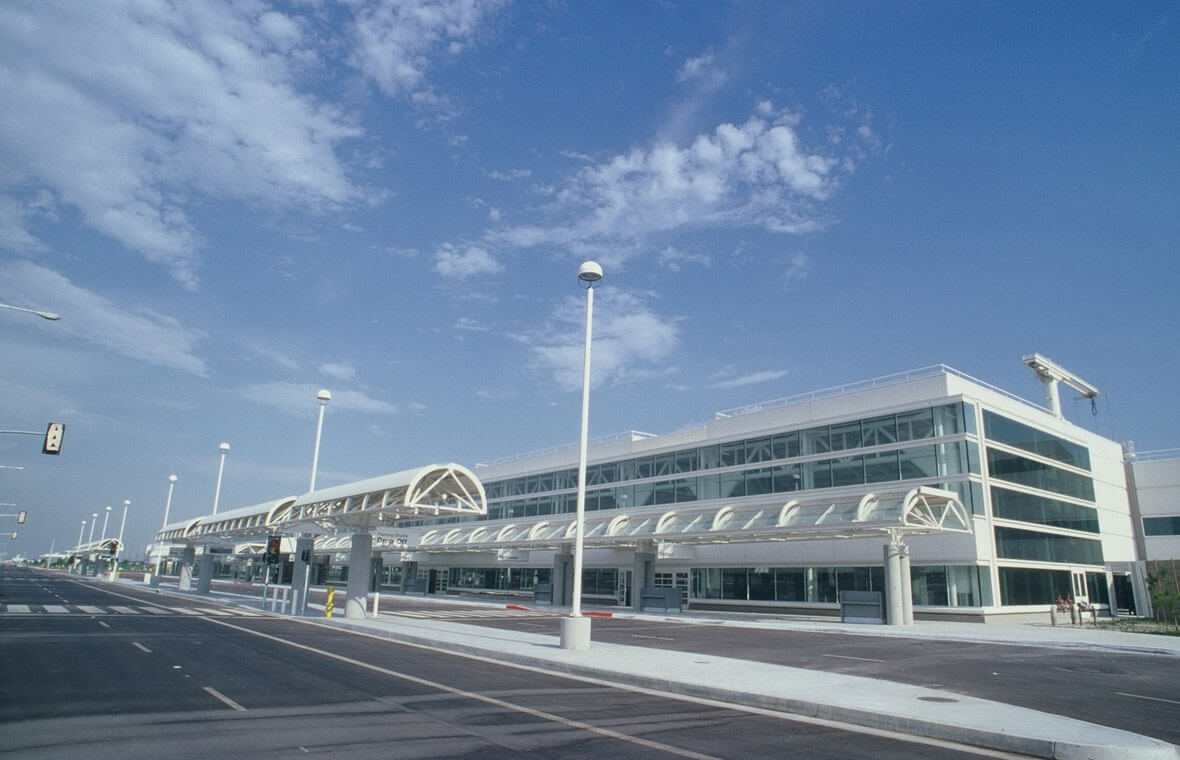 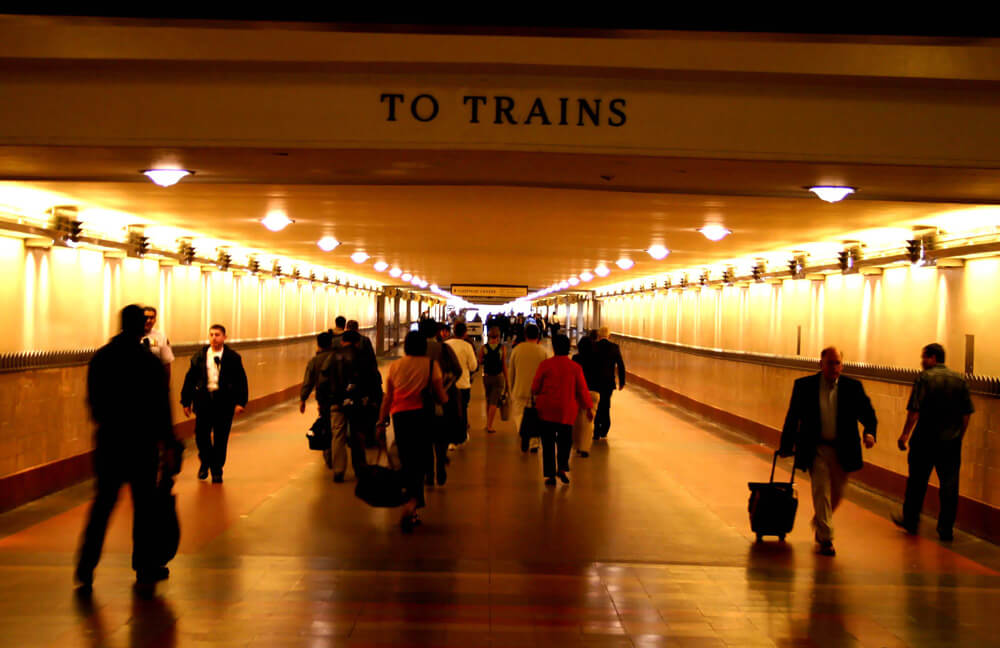 For travelers planning to visit both Los Angeles and San Diego (about 120 miles away), it is usually much cheaper and easier to rent a car or hop on a train rather than fly between the two cities. All aboard! Amtrak operates from the historic Union Station in Downtown Los Angeles, and makes stops in several Orange County cities (including Anaheim) before making it to San Diego’s Santa Fe Depot (also historic), a journey of about three hours. If you’ll be hopping in a car, it can take two to four hours to travel between the two cities, depending on traffic. 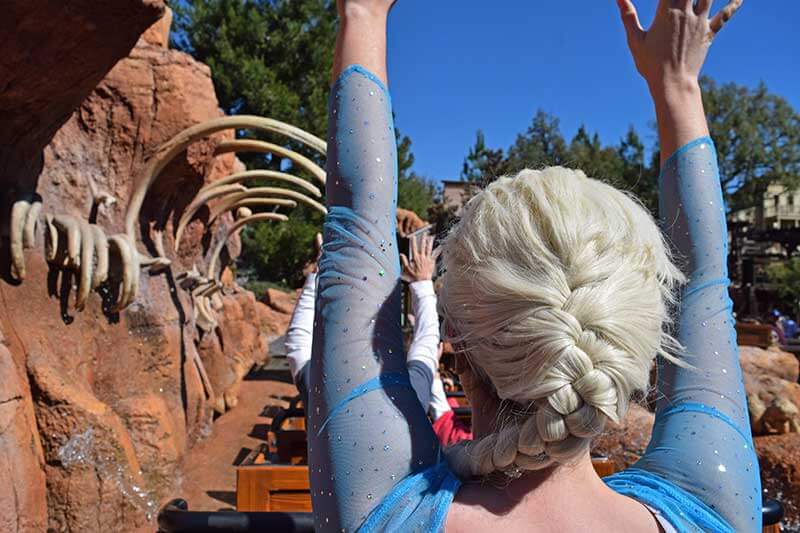 Los Angeles is a very large city that covers about 469 square miles, so the most popular way of getting about is by car. Residents of Los Angeles are very attached to their cars and the immense freeway system for traveling around Los Angeles and neighboring Orange County. If you’re taking a trip to Los Angeles, you most likely are better off renting a car than relying on public transportation, which will cost a family more money and not necessarily save time. The biggest exception to this is if you are visiting Disneyland (in neighboring Orange County) and that is your only major destination (see below under Disneyland Resort Express). Expect to do a lot of driving, as most of the area’s major attractions are quite spread out!

The good news is that LA boasts some of the cheapest rental car rates in the country! All of the stories you hear about LA traffic are true. You’ll need to pack your patience to get around its many congested freeways, and you should expect to find bumper-to-bumper traffic if you’re traversing the city, especially during rush hour (roughly 7 a.m. to 9 a.m. and 3 p.m. to 7 p.m. weekdays).

If you are heading to Universal Studios Hollywood, it is ALWAYS rush hour on the 101, no matter what time you drive. Plan to spend time ahead of your trip familiarizing yourself with the major roadways and mapping out your major destinations, starting with the journey from the airport to your hotel. If the thought of sitting in traffic makes your family feel green, hop over to learn more about taking public transportation to Disneyland and Universal Studios.

Many of the Southern California freeways have designated High Occupancy Vehicle (HOV) lanes, accommodating vehicles with two or more passengers. The so-called “diamond” lanes are fixed lanes that can go for several miles without a break. They can come in handy when traveling with a group of tadpoles at rush hour because you can pass by all the single-occupancy vehicles sitting in traffic.

We recommend getting out of the lane a few miles before your planned exit, or you might just miss it. Crossing that line when it it’s not an official HOV lane entrance or exit can make for a very expensive ticket. There are some HOV off-ramps in certain areas, especially near Disneyland, which can in saving time by passing up the regular traffic lanes. It is worth noting that motorcycles can drive in the HOV lane and often pass the HOV cars on the right, so be on the lookout for that, especially when merging to the right. The motorcycles can startle unsuspecting drivers who aren’t used to sharing lanes. But it’s toadally a thing in LA.

In LA, parking can be tricky. Some locations have ample free parking; others are metered or require paid parking. Hours can vary and many meters have time limits, so be sure to read the signs. Most parking meters take coin or credit card.

While the city operates a bus service, it is not recommended because of spread-out service and frequency of stops. There are some other bus services, such as the FlyAway bus, which runs between LAX with service areas that include Union Station, Hollywood and other points around the LA area.

The Los Angeles area does have a commuter rail system and subway. At Union Station, you can use Amtrak or Metrolink to hop between Los Angeles and outlying areas, including Orange County (near Disneyland) and San Diego. The subway can take you to many tourist destinations around LA such as Hollywood, Universal Studios and even Santa Monica beach areas, but be sure to check the train schedule ahead of time to make sure you can get back when you want to.

Because Los Angeles is such a sprawling area, we only recommend cabbing it or using ride share services for short distances. It can get quite expensive to use them as your primary mode of transportation, especially during high traffic times. When you need them, however, there are plenty of options. Note that SuperShuttle is no longer one of these options, as they are out of business as of Dec. 31, 2019.

Keep in mind that LAX has changed the process for picking up a ride from Uber, Lyft and taxis. These options are banned from curbside. Instead passengers should plan extra time to use the new pickup area called “LAXit” (pronounced “L.A. Exit”). Travelers must board a shuttle bus (or walk, but it’s too far to walk from many terminals) to the pickup area to catch a ride. This pickup system will be in place until LAX finishes building the elevated airport train (called a people-mover) that’s scheduled to open in 2023. The new train will arrive every two minutes and will transport passengers between the terminals, a car rental facility, a ground transportation hub and a Metro station. So that’s good news for the future but a little less convenient in the meantime.

Popular addresses are listed below. Don’t froget to plug them into your favorite mapping system before your trip!

We hope you’ve found this overview of transportation to and around Los Angeles “hopful” in planning a visit. You’ll find more resources and tips inside our Los Angeles Planning Guide.