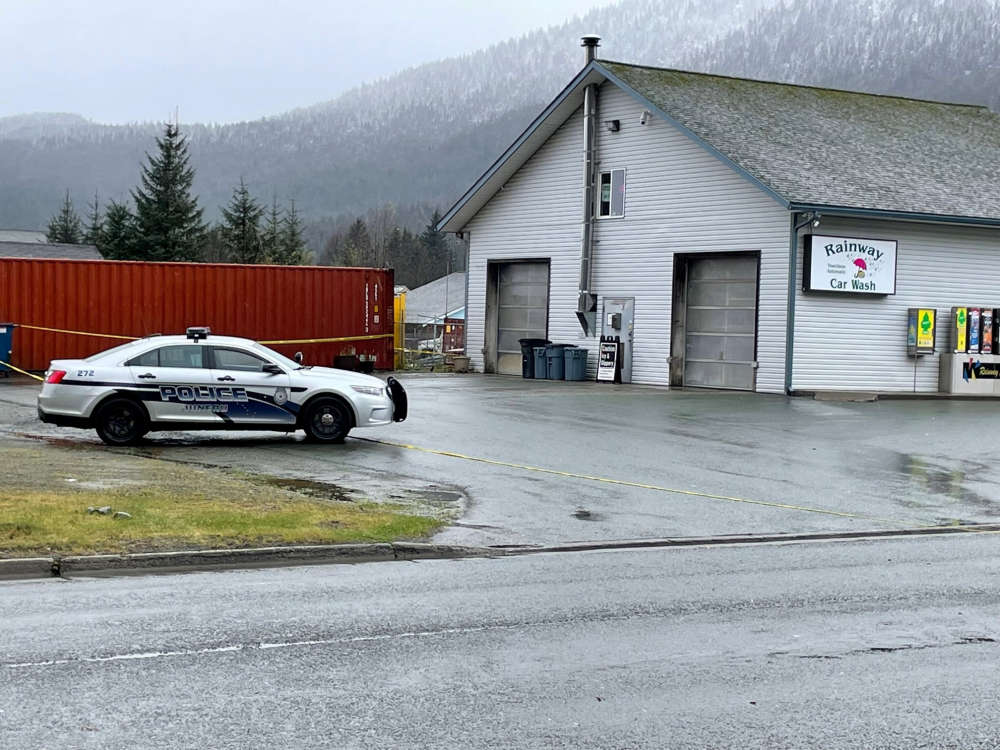 Juneau, Alaska (KINY) – This morning, JPD is investigating a death in the area of the Rainway Car Wash.

Update 10/29: JPD worked with surrounding businesses to gather evidence and determine the cause of death, which was due to a gunshot.

A firearm was located at the scene.

JPD was also able to confirm the time of death, which was at about 5:59 a.m. today.

JPD’s press release reasserts the death is not considered suspicious, and there are no public safety concerns at this time.

The next of kin has been notified, and the deceased male has been identified as 34-year-old John Lee Loper, a Juneau resident.

The road between the car wash and Costco closed down.

The public was urged to avoid the area and use alternative roads.

The roadway is now open for use.

“At 8:18 am today, the Juneau Police Department received a report of a deceased male found in the area of Bent Court off of Ralph Way. Police officers that responded to the scene confirmed that there was an adult male found deceased in that area. Police are still actively investigating that case.”

Campbell said the death is not being considered suspicious at this time.

“We’ll update on our Facebook page. Probably sometime today we’ll give a press release as well to provide maybe some additional information. But we’re still trying to work on notifying the next of kin of the death. There does not appear to be based off of the investigation so far any public safety concern at this time, so we are advising people to just go about their normal business.”

Updates will be made to this article as more information becomes available.

This is an ongoing active investigation.