SARASOTA, Fla. – A traffic shift in downtown Sarasota will help improve bicycle safety by creating two designated bike lanes from the Legacy Trail to downtown. Some have said the new traffic pattern, though, is causing headaches while taking business away from certain stores.

The City of Sarasota celebrated the grand opening of Ringling Trail Complete Street. 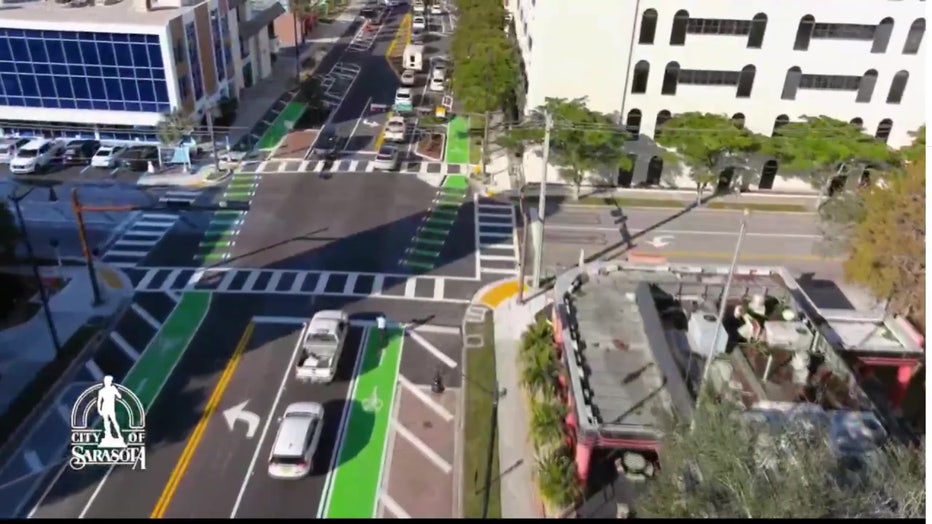 “It’s  always intimidating to be riding on the street as a bicyclist,” said Rita Miotti with Friends of the Legacy Trail. “You’re going to be the one that’s on the losing end of any kind of accident that happens.”

Miotti hopes that changes with the new protected bike lane.

“The fact that the city of Sarasota found it important to eliminate a traffic lane in order to provide a protected bike lane for cyclists, taking them out of the traffic flow, taking them off of the sidewalks where the pedestrians are is really unique and exceptional,” she said. 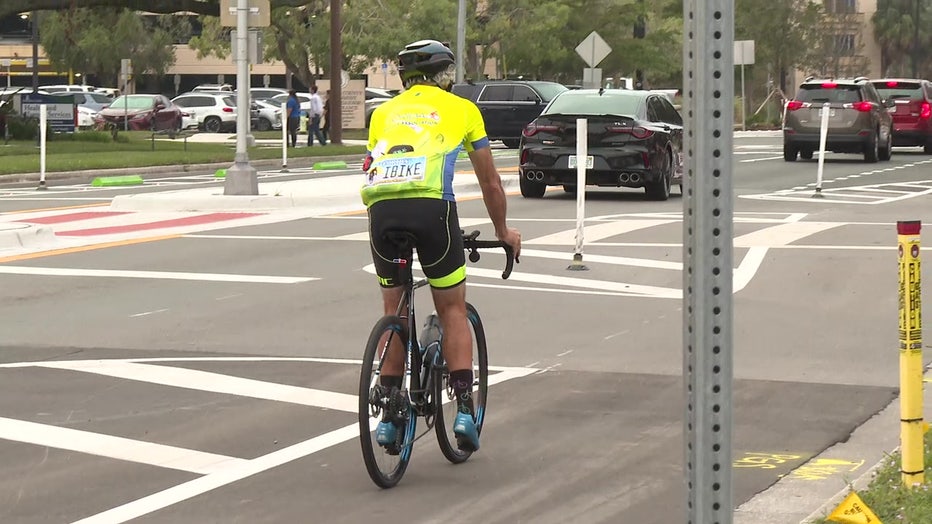 The trail is a one-mile stretch of protected bike lanes. Concrete wheel stops have been installed and lanes are painted bright green.

“Here on Ringling Boulevard you feel safe, you’ve got your own space, you aren’t hassled by the cars coming up behind you. It makes a huge difference,” said Daniel Ohrestein, the city’s assistant engineer.

READ: Florida commuters to get toll relief in 2023 through rebate program

Rocco Cartia, the owner of Fresh Mozzarella’s Pizzeria, said when the lanes went in, he saw another difference.

“The bike lane is as big as a car, and most people have been parking in the bike lane,” said Cartia. “It’s dangerous when you turn from Lime. I see a lot of cars, they hit that post. They end up turning right, and it’s very sharp.” 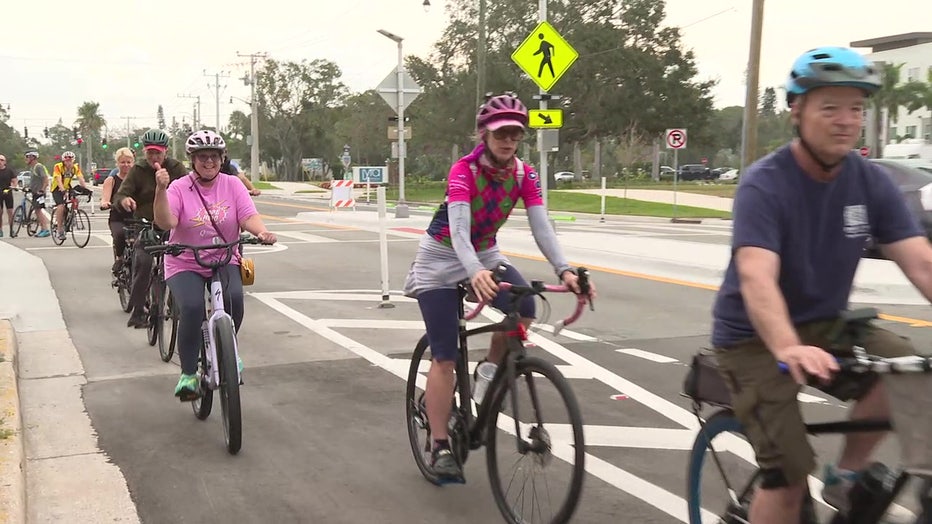 His dining room, which is normally busy, is also slower than usual.

“Unfortunately the business has been affected,” he said. “Most cars, they turn somewhere else and used to be very congested here with three lanes and two lanes. Now, it’s no point to drive this way, they go somewhere else.”

Cartia hopes with time, that will change.

“It’s futuristic, it might make sense in a way, but for now, unfortunately it causes a lot of confusion,” he said.