• Finished in the dark blue, gold, and red racing livery of the Walter Wolf racing team, this bike pays tribute to one of the most interesting characters in motorsports.

• This BaT auction ends on December 28.

If you’ve never heard of Walter Wolf, then strap in for a wild ride. A deep-sea oil rig driver who arrived in Montreal as a near-penniless immigrant from post–World War II Slovenia, Wolf struck it big in the 1970s oil speculation market, to the point that he could afford to campaign his own F1 team. That team won him a Ferrari 512BB on a handshake bet with Enzo on the outcome of the 1977 Monaco Grand Prix, although he might be seen driving around on the street in stuff like a Le Mans–spec Porsche 935 with a leather interior and air conditioning.

Oh, and he issued his own Wolf-branded cologne and cigarettes. By comparison, the fictional Dos Equis “most interesting” guy might as well be a tax accountant.

Wolf somehow found the time to develop a partnership with Suzuki and set up a motorcycle racing team. In 1982, rider Masaru Mizutani raced a Wolf-sponsored Suzuki RG500 in the 500cc All Japan Championship and won. Suzuki decided a tribute bike was in order. It was built for just two model years, 1986 and 1987.

The performance of this 498-cc motorcycle is still bonkers in modern terms. Thanks to a twin-spar aluminum frame, it tips the scales at just 340 pounds, about as much as a modern Honda CB300F. However, with 95 horsepower at the crank, it’s roughly triple the power of the Honda, a blue-smoke-puffing death machine with four silencers, four Mikuni carbs, and an 11,000-rpm redline.

This example is currently up for sale at Bring a Trailer, which, like Car and Driver, is part of Hearst Autos. With only a few days to go until the December 28 deadline, bidding sits at $12,300. That’s a trifling amount for a machine that will run quarter-mile times in the mid-11-second range. 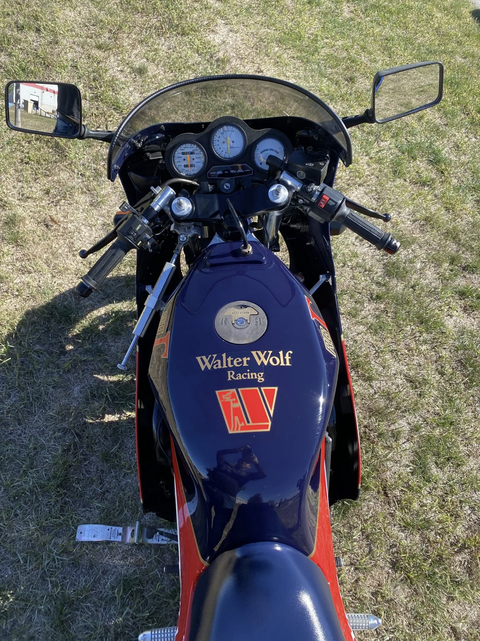 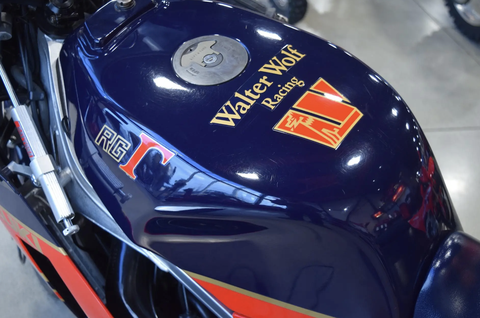 And it’s absolutely peanuts compared to the other vehicles that bear the Wolf signature. Walter Wolf is probably best known for under-the-table-funded prototype Countachs, one-off cars with engines handbuilt by Gian Paolo Dallara. Three were made, and they hinted at the fender flares and wild wing excess of the 1980s. All are worth six or seven figures today.

A Wolf-liveried motorcycle will outperform these exotics by most performance metrics, but for pennies on the dollar. And motorsports cognoscenti would lose their minds if you were to show up at a meet riding this thing. Wolf Racing employed the likes of F1 champions James Hunt and Jody Scheckter, and he was right at the center of the Formula 1 circus of the late 1970s. 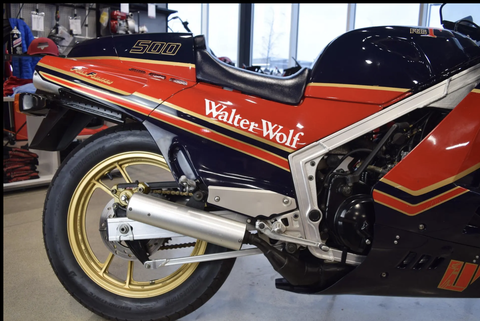 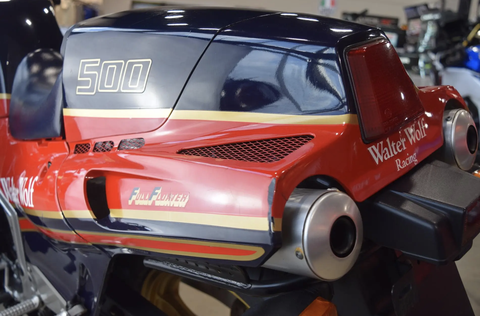 There’s no better way to outclass a modern 911 in a tired and entirely predictable Gulf Oil livery. The Porsche is just Steve McQueen cosplay. This Wolf-branded motorcycle has both a vicious bite and the genuinely motorsports-derived backstory to go with it. Before December 28, we’d advise you either to run like the Wolf or scurry back to the paddock with the rest of the sheep.