The Office of Secure Transportation (OST) is responsible for the safe and secure transport of government-owned special nuclear materials in the contiguous United States. These classified shipments can contain nuclear weapons or components, enriched uranium, or plutonium. Cargo is transported in highly modified secure tractor-trailers and escorted by armed Federal agents in other vehicles who provide security and national incident command system response in the event of emergencies. 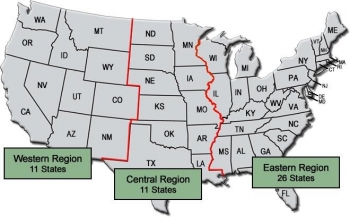 There are three commands from which OST Federal Agents operate:

Headquarters is located in Albuquerque, while the OST Training Command is located at Fort Chaffee, Arkansas.

A key component of OST operations is the law enforcement/emergency management liaison program. OST provides briefings to various Federal, tribal, state, and local organizations on which OST depends for support.

OST’s Transportation and Emergency Control Center is a nationwide communications system located in Albuquerque. This center monitors the status and location and maintains real-time communications 24 hours a day, 365 days a year, with every convoy. It also maintains an emergency contact directory of Federal and state response organizations throughout the contiguous United States.

NNSA makes every effort to ensure its convoys do not travel during inclement weather. Should the convoys encounter adverse weather, provisions exist for the convoys to seek secure shelter at previously identified facilities.

OST’s liaison program communicates with law enforcement and public safety agencies nationwide, creating awareness of the OST mission. The program provides information to assist first responders during an OST emergency and provides direction for working with Federal agents during such an event. Through the liaison program, OST offers in-depth mission briefings. 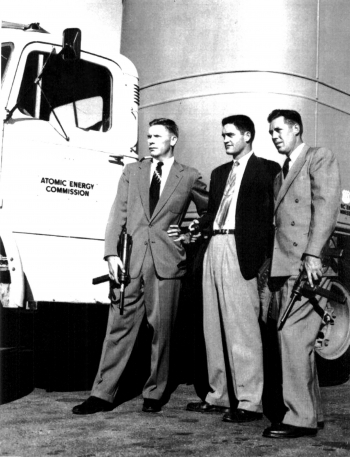 Since 1947, NNSA and its predecessor agencies have moved nuclear weapons, weapons components, and special nuclear materials by commercial and government transportation modes.

In the late 1960s, worldwide terrorism and acts of violence prompted a review of procedures for safeguarding these materials. As a result, a comprehensive new series of regulations and equipment was developed to enhance the safety and security of these materials in transit.

Subsequently, the Transportation and Safeguards Division (TSD) was established in 1975 at the Department of Energy’s Albuquerque Operations Office.

TSD modified and redesigned transport equipment to incorporate features that enhanced self-protection and denied unauthorized access to the materials. TSD curtailed the use of commercial transportation systems and moved to a total Federal operation.

When the NNSA was established by the FY2000 National Defense Authorization Act as a semiautonomous agency within the Department of Energy, the Albuquerque Operations Office and its entire mission fell under the direction of NNSA. The Office of Transportation Safeguards (OTS) replaced TSD. 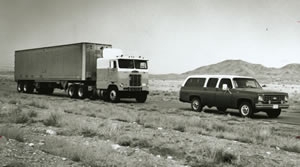 In 2002, NNSA implemented a new organizational structure to consolidate the Albuquerque Operations Office with other operations offices into what is now the Albuquerque Complex. OTS was renamed the Office of Secure Transportation and reports directly to NNSA’s deputy administrator for Defense Programs in Washington, DC.

Since its establishment in 1975, OST has accumulated more than 140 million miles of over-the-road experience transporting special cargo with no accidents causing a fatality or release of radioactive material – greater than the distance from the Earth to Mars. This is due largely to the OST philosophy that safety and security are of equal and paramount importance in the accomplishment of NNSA’s transportation safeguards mission.