Skip to content
Vehicle
A proper grandfather to the world’s economy cars, the original Mini was born in 1959 at the behest of the British Motor Corporation (BMC). Touched by the genius of Issigonis, the iconic pop culture representative has been considered the second most influential car of the 20th century, bested only by the revolutionary Ford Model T.

And there is still reason to come surprised when thinking that such a little car has been given many names but very little changes to its overall dimensions for the long-lasting production – starting its life with a length of just 3,054 mm (120.2 in) and a wheelbase of a mere 2,036 mm (80.2 in) for the classic two-door body type.

It was its architecture of front-wheel-drive with transverse engine that enabled the engineers to use 80% of the available space for the passengers and luggage that sparked the supermini current, as the Mini was followed and copied by many others.

And people not only loved it for the great parking skills they developed when driving it, but also for the sporty personality of the Cooper / Cooper S derivatives and their incredible race and rallying wins. 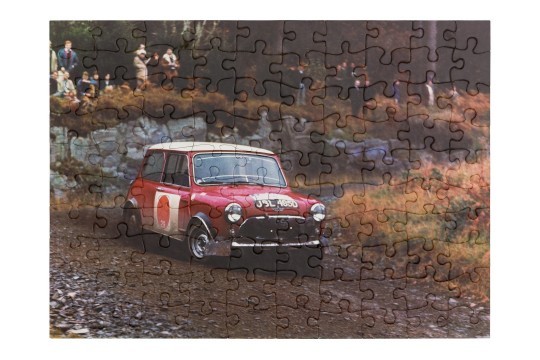 No wonder, thus, that it was the sweetheart of many socialites (think about the fact that all four members of the Beatles had their own example) and that production reached places such as Australia, Italy, Chile, Malta, South Africa, or former Yugoslavia.

Truly, it was a car developed for very practical reasons that had a massive impact on everything else – from aesthetics to film, fashion, music videos, and even art galleries. Small car, huge influence – and one that hasn’t been diluted by more than six decades of presence on the market. Today, the brand is even going all-electric with the Cooper SE, a shape of things to come with the world all around us treated to dramatic changes.

But let’s not get ahead of ourselves, because there is also the chapter of its modern existence to discuss. While the Mini became a brand in its own right back in 1969, the truth is the British marque would not have survived on its own if not under the umbrella of a larger automotive group.

Such is the case with the modern MINI reincarnation that premiered in September 2000 at the Paris Motor Show. The company is now celebrating two decades since the successful reinvention of the vintage British brand, as at the time it reintroduced the iconic vehicle and also laid the foundation stone for continuous development and diversity in the model range.

The “Mondial de l’Automobile” from 20 years ago hosted in Paris the relaunch of the British brand under the patronage of the BMW Group and also featured the introduction of the MINI One and MINI Cooper models. Mere days later, the original finally ceased production after 41 years, paving the way for a new beginning. 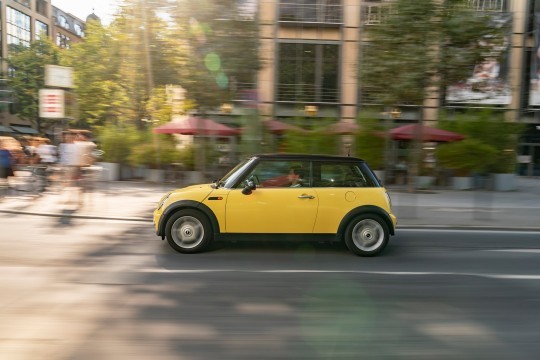 Without so much of a whisker of regret, BMW promoted the new MINI to premium small car status, and the modern concept has been constantly refined over the years and during the course of three generations. Actually, if our math is correct, we could be looking at a stopwatch counting the weeks (hopefully not months) to the day its upcoming new generation is showcased to the entire world.

It would be fitting, right, to see it just as the brand celebrates 20 years of modern heritage. Or perhaps the company is holding back just a little while longer to synchronize the introduction to its October 2001 rollout of the first MINI for the new age from the factory in Oxford. Who knows, because right now the brand is mostly preoccupied with taking us on a stroll down memory lane.

Specifically, for the 20 years anniversary of the modern MINI, the brand has located a very rare example of the second generation – one that has already traveled for 175,000 km (almost 109k miles) and has been nicknamed “Sunny.” That would be ought to its infrequent combination of the Liquid Yellow body paint with a Black roof and mirror caps.

Although powered by the standard 85 kW/115 hp engine of the MINI Cooper variety, Sunny still shares a distant trait with the brand’s futuristic release, as the fully electric MINI Cooper SE has decided to present its eco strategy with distinctive Yellow accent colors…