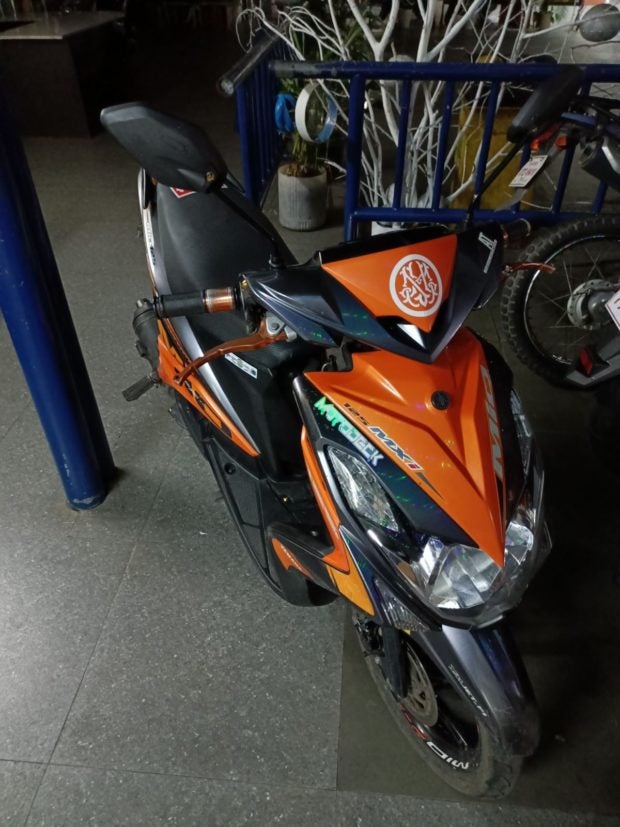 MANILA, Philippines — A man was arrested last Tuesday for trying to sell a stolen motorcycle through an online selling site.

It was the owner herself who spotted her stolen motorcycle being offered for sale at the Facebook Marketplace.

The suspect was identified as 20-year-old BJ Vincent Escote, a resident of  Barangay Balon Bato, Quezon City, the Quezon City Police District (QCPD) said in a statement on Wednesday.

In November 2022, the woman reported that her gray and orange Yamaha Mio MXi was stolen at her house in Barangay Tandang Sora, Quezon City.

On Jan. 3, 2023, the woman was surprised on seeing her motorcycle at the Facebook Marketplace.

She immediately sought assistance from the QCPD, which launched an entrapment operation.

On Tuesday, Jan, 3, the complainant herself pretended to be a buyer and agreed to meet the suspect on A. Bonifacio Avenue in Barangay Balingasa, Quezon City.

When the seller arrived with the motorcycle, the woman positively identified it as hers based on the attached Motor Vehicle (MV) File Number and other distinguishing marks.

The police officer then approached the suspect and told him to open the motorcycle compartment. There they found an improvised gun — a “sumpak” — which was loaded with a 12-gauge shotgun round.

The motorcycle document presented by the seller to the police officers was under the name of the complainant.

He was arrested on the spot.

The suspect will be charged with illegal possession of firearms and ammunition and violating the Anti-Fencing Law.

Don’t miss out on the latest news and information.