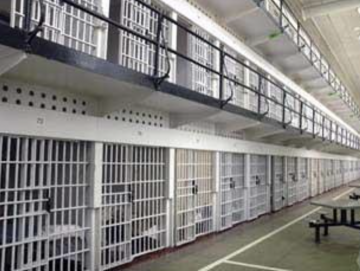 On October 27, 2022, at a hearing before Superior Court Justice Robert D. Krause, the Court sentenced the defendant to 20 years, with 10 years to serve at the ACI and a 10-year suspended sentence with 20 years of probation. The defendant will also forfeit $80,229 and six cars stemming from his criminal activity

“Make no mistake, the defendant and the organized criminal enterprise he stood at the center of represent a significant risk to the safety of Rhode Islanders,” said Neronha. “The defendant made it his job to place guns in the hands of those who could otherwise not pass a background check. He funded his criminal enterprise by trafficking drugs and stealing valuables from others. Through the hard work of the Rhode Island State Police, in partnership with our prosecutors, this defendant and his associates are off the streets and unable to threaten public safety.”

“I applaud the exhaustive investigative efforts of our Troopers during this investigation into serious organized criminal activity in Rhode Island,” said Weaver. “Today’s sentencing represents a significant blow to the threat that outlaw motorcycle gangs pose to public safety in our state. As always, I appreciate the great collaborative efforts of our Troopers and prosecutors at the Attorney General’s Office in bringing this defendant to justice.”

The defendant was known to law enforcement as the president of the Rhode Island chapter of the Pagans Motorcycle Club, designated as an outlaw motorcycle gang by the United states Department of Justice, that is involved in criminal activity in Rhode Island and nationally through club chapters in numerous states.

Between 2017 and 2018, the RISP conducted an extensive investigation into outlaw motorcycle gangs in Rhode Island, including the defendant and his associates.

Under Rhode Island law, individuals convicted of certain violent crimes are prohibited from purchasing or possessing firearms. The defendant was previously convicted of assault with a dangerous weapon in 2014.

During their investigation, the RISP determined that the defendant conspired with his associates to distribute significant amounts of cocaine and marijuana.

The RISP also determined that the defendant conspired to sell firearms, including ghost guns, to individuals otherwise prohibited from possessing a firearm.

During that time, the defendant also conspired to steal a Bobcat loader, valued at more than $10,000, as part of a scheme to fence lawn and construction equipment.

Additionally, the defendant conspired to provide a letter to the Rhode Island Parole Board stating that an incarcerated associate had secured employment in an effort to convince the Parole Board to grant him parole.

The defendant also provided a false statement inflating his annual income in order to secure financing for the purchase of a motorcycle.

In total, 61 individuals were arrested stemming from the investigation by the RISP between 2017 and 2018 into outlaw motorcycle gangs in Rhode Island. During their investigation, the RISP determined that the defendant formed and led the Rhode Island Branch of the Pagans Motorcycle Club.