Kymco Motorcycles is struggling this year. In the 2022 global sales are not recovering, due to the still strong fall in Taiwan and after 10 months figures at 317.458 are down 8.1%.

McD tracks new vehicles registrations across the World (over 80 countries), reporting data on calendar year. When you wish to compare data reported by us to those declared by the manufacturers, consider they usually report their “sales” (vehicles invoiced), which are usually different from “registrations”, accordingly with their fiscal year split.

Kymco is one of the biggest scooter specialist worldwide, with global sales steady growing in the last decade and an all-time sales record at 550.000 hit in the 2017.

Having care to fully absorb the available capacity, the company export one third of production and for this is very dependent by the domestic market in Taiwan

where has been leader for the last decades, before to be overtaken by SYm this year.

In Taiwan sales are declining 18.3% while international operations are partially offsetting the lost.

New facilities in the Philippines

In a press briefing in Makati City on early April 2020, KYMCO Philippines president Allan Santiago announced the company decision to invest nearly 20 million US dollar in a new facility in the Philippines. The operations are supposed to start in the 2023, when the forecast indicates that the demand for a new type of two-wheeler models (mainly electric fueled) will be huge.

Indeed, the Philippines are among the fastest growing markets all over the World and new rules to limit pollution will dramatically transform the industry. The new Kymco plant will have a capacity of 6,000 units per month. It will  replace the current facility, located at the Sta. Maria Industrial Estate in Bagumbayan, Taguig City which has a capacity of 5,000 units per month and “old” technologies. 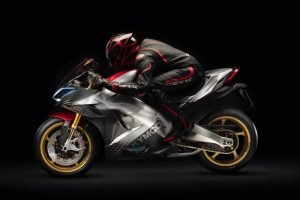 KYMCO stands for Kwang Yang Motor Company, headquartered in Kaohsiung, Taiwan. It has about 3.000 employees and produce more than 600,000 vehicles per year.

Founded in 1964, KYMCO originally started out with technology transfer from Honda, Japan. Thanks to the technical know-how from Honda, KYMCO became one of Honda’s high quality overseas manufacturing facilities.

Over the next two decades, Honda increased its business interest in Kymco, becoming one of its significant shareholder. However, their strong relationship ended in the 2000, when Kymco started to move on its own feet.

Kymco celebrated its 50-year anniversary in 2014 hitting the milestone of 10 million scooters, motorcycles, e-bikes, side-by-sides and ATVs sold in 100 countries, with an annual sales revenue exceeding (US)$ 1 billion.