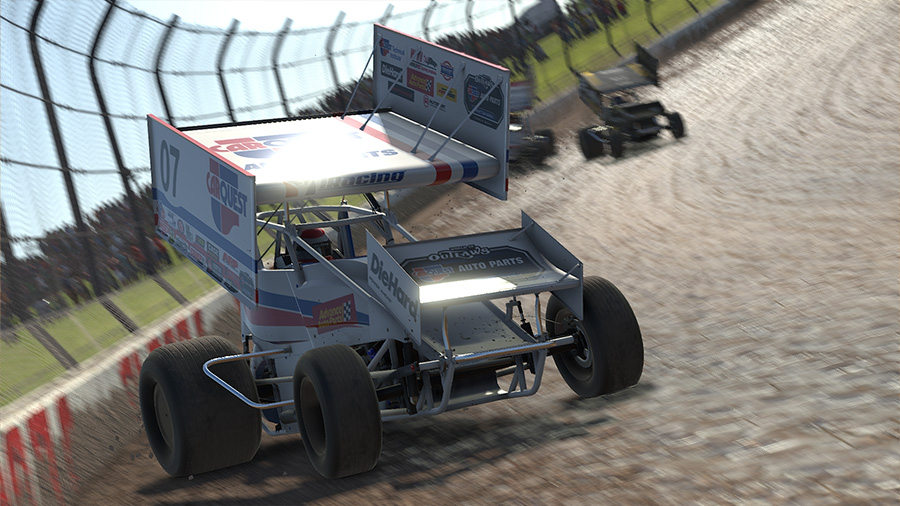 The iRacing World of Outlaws Carquest Auto Parts Sprint Car Series season takes on its third round of the season tonight with a trip to Pennsylvania’s iconic Williams Grove Speedway. As always, the action can be seen live at 9PM ET on twitch.tv/iracing and DirtVision.

Last Race: Hayden Cardwell lost last season’s feature at Eldora Speedway when James Edens snuck past him on the final lap, but there would be no repeat of that in the 2022-23 season. Cardwell got around Volusia winner Alex Bergeron shortly after the second and final restart of the 35-lap feature, and led the final 22 circuits to cross the finish line with a 1.542-second lead.

Last Season: In one of the pivotal rounds of the 2021-22 season, Braden Eyler took the checkered flag at Williams Grove after a spirited battle with Cameron Merriman. Eyler’s win was the second of his career in the series, while Merriman’s second place finish would nonetheless allow him to claim the points lead—where he’d remain for most of the season before eventually claiming the championship.

Track Info: Opened in 1939 and in operation for more than 80 years, Williams Grove Speedway is one of the premier dirt ovals in the country, and a crown jewel event for both local racers and national tours alike. The World of Outlaws Sprint Cars visit Williams Grove each fall for the $75,000 to win National Open, one of the highest-paying events in the sport.

Coming Up: The iRacing World of Outlaws Carquest Sprint Car Series heads to Lincoln Speedway on Monday, December 19 for its fourth round of the season. Released as part of iRacing’s 2023 Season 1 build, the Pennsylvania track—a longtime staple of the World of Outlaws schedule—will be hosting its first race in the series.