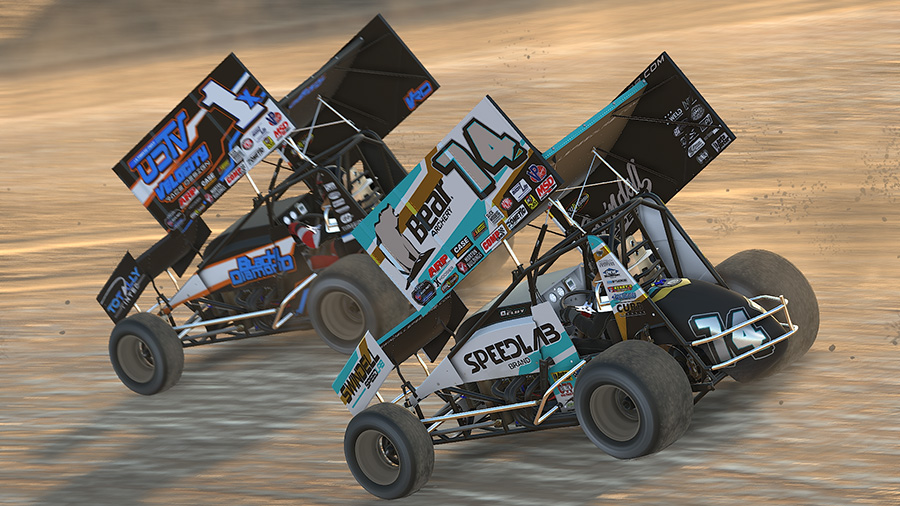 The iRacing World of Outlaws Carquest Auto Parts Sprint Car Series season enters its second round of the season with a visit to one of its premier venues, the legendary Eldora Speedway in Rossburg, Ohio. As always, the action can be seen live at 9PM ET on twitch.tv/iracing and DirtVision.

Last Race: As he so often has in his time in the series, Team ABR namesake Alex Bergeron was the driver to beat in last week’s season opener from Volusia Speedway Park. Bergeron and Swindell Speedlab Esports driver James Edens added yet another thrilling battle to their longtime on-track rivalry, going side-by-side for multiple laps in the closing stages of the race before Bergeron finally asserted the lead to take the checkered flag.

Last Season: Edens took the checkered flag in last year’s Eldora round, as the series veteran scored his second straight race win after coming out on top at Bristol Motor Speedway the previous week. While he had held off Hayden Cardwell over multiple late-race restarts at Bristol, Edens won the opposite way in Eldora, passing Cardwell for the lead on the last lap for the victory.

Track Info: Since its opening in 1954, Eldora Speedway has been one of the most iconic dirt ovals in America. Founder Earl Baltes was one of the sport’s biggest visionaries, from helping to establish modern dirt late model racing through the creation of the World 100 in 1971 to becoming one of the World of Outlaws’ first track partners later that decade. After half a century of successes, Baltes sold the track to racing legend Tony Stewart in 2004, who has built upon Baltes’ legacy with continued improvements to the facility to raise the prestige of its iconic race events, while adding a few marquee races of his own to the schedule.

Coming Up: The iRacing World of Outlaws Carquest Sprint Car Series heads to Williams Grove Speedway on Monday, December 12 for its third round of the season. Elbows Up Simsport driver Braden Eyler earned his second career victory at Williams Grove last season after taking the lead from Cameron Merriman late in the feature, while Merriman took the points lead with his second place finish as he continued his quest towards eventually winning the 2021-22 series title.