UPDATE: Here’s all the dope on the new Honda H’ness CB350 in this article. 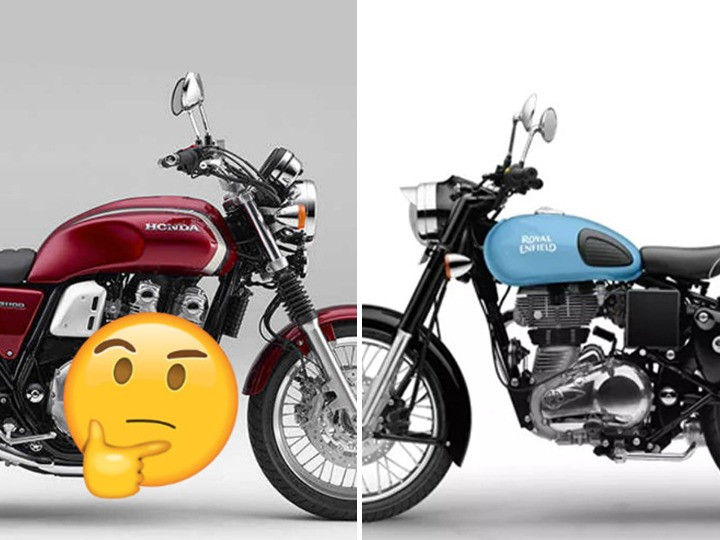 Last week Honda had sent a teaser confirming the launch of a new motorcycle (UPDATE: it has got a name, H’ness CB350) on September 30. While we initially speculated that the upcoming bike could be the new Honda CBR1000RR-R or even the Honda 500cc range that was recently updated to meet the Euro5 (BS6) emission norms. However, Honda has shared an audio file with us as a teaser and that has the exhaust note of a cruiser.

From the audio teaser, it’s clear that the upcoming Honda motorcycle isn’t powered by a multiple cylinder engine but what looks like an air-cooled single-cylinder unit. Also, the throaty exhaust note and the clunk from the gear shift leads us to believe that this new bike is a cruiser offering and could be the Royal Enfield rival that Honda has been working on for years. Honda has been super secretive about this new bike and if we have to speculate it could be powered by an engine with a displacement of around 350-400cc. The Japanese brand couldn’t have picked a more appropriate timeline for the launch of the Honda cruiser as Royal Enfield is set to launch its first offering from the J-Platform – Meteor 350.

Apart from the engine, what will be more interesting is the design direction that Honda will take with its new bike. Many years ago in an interaction with Minoru Kato, the then bossman for Honda’s two-wheeler operation in India, he had mentioned that the definition of cruisers is different in the Indian context. Indian bikers classify the Royal Enfield Classic 350 as a cruiser, which in reality is a roadster, while the Thunderbird is a true-blue cruiser. If we have to take a guess, the new Honda cruiser might have a retro-styling, something on the lines of the Honda CB1100 RS! Another approach could be to go all-out with a Honda Rebel 300 inspired design language. Given that the RE Classic 350 is its nemesis, our money is on retro and not modern.

Cycle parts are expected to follow the basic template for the segment, which means a telescopic fork and twin shock absorbers for suspension duties, disc brake on either ends with dual-channel ABS and spoke wheels. The crown reference leads us to believe that the name of the upcoming bike could be something related to a king or an emperor. As for pricing, the Honda cruiser could be priced between Rs 1.85 and Rs 1.95 lakh (ex-showroom). Whether or not the new bike will make a dent on Royal Enfield’s dynasty is something only time will answer, but it’s good to see Honda stepping up. Watch this space for more updates.

Images of the Honda CB1100 EX used for representation