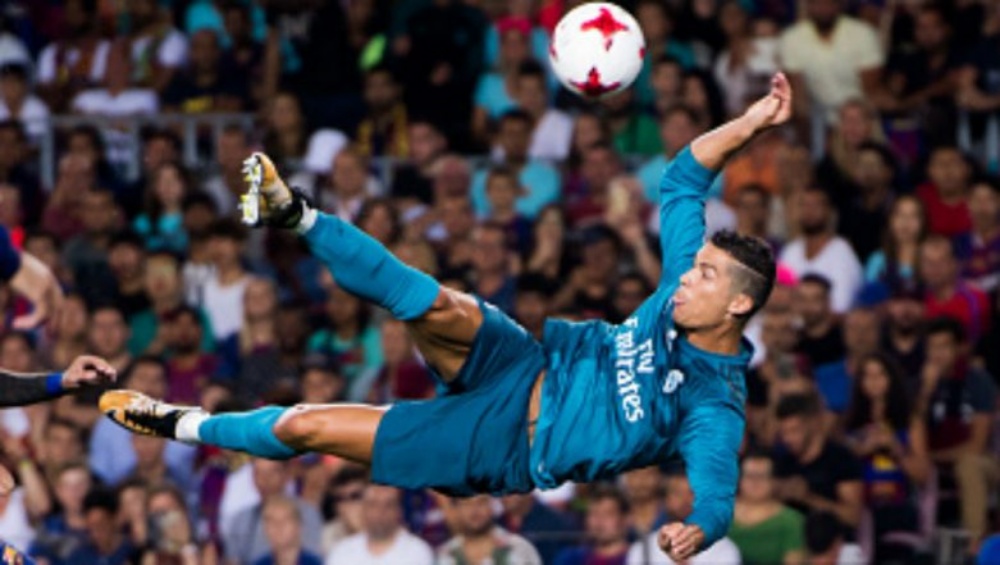 Cristiano Ronaldo might have left Real Madrid in 2018 itself but his goals are still remembered by the Los Blancos. One of them is surely CR7’s crazy bicycle goal against Juventus that happened during Champions League 2017-18. The following season itself, Ronaldo broke his nine-year-long stint with Real Madrid and donned Juventus colours. Talking about the game, the acrobatic goal was scored in the first three minutes of the match and thus was even nominated for the UEFA Goal of the Season. This Cristiano Ronaldo’s Bicycle Kick Goal vs Juventus Is Nominated for UEFA Goal of the Season, Watch Video.

Due to the menace of the coronavirus, there is no live-action happening as all the football events have been stalled for an indefinitely period of time. Thus, they keep the netizens hooked by posting the most iconic moments of the Los Blancos. This bicycle kick by Ronaldo is obviously one of them. Check out the goal below as Los Blancos sealed the win by 3-0. Back then the 33-year old had stunned the world with this crazy kick.

🏡⏪🇮🇹 #RMFansEnCasa, #StayHome today and take a trip back to Turin with us and that famous 0-3 win against @juventusfcen in 2018 en route to La Decimotercera!

Who would have thought that Ronaldo would go on to join the Bianconeri in the following season itself? It was when Real Madrid won the Champions League in 2018 after their match against Liverpool, that he had dropped a major hint about leaving the club. That time he was not taken very seriously, but as time passed he signed the dotted line for Juventus. Presently he is playing his second season at Turin and is also quite happy with the way things have turned out with him.