The global car industry will suffer semiconductor shortages next year as the switch to electric vehicles accelerates, leading auto groups and chip manufacturers have warned.

Hassane El-Khoury, chief executive of US-based chipmaker Onsemi, said it had already “sold out” of silicon carbide chips (SiC), advanced power semiconductors largely used in electric cars, at least to the end of 2023 because of strong demand.

“There’s nothing you can do now to change 2023,” the boss of one of the world’s leading auto chipmakers said. “We will be adding capacity every quarter, every month in 2023 to meet our customer demand.”

Jochen Hanebeck, chief executive of auto chip producer Infineon, made a similar warning about supplies at an event in Munich recently. “I do expect quite a longtime shortage,” he said.

Carmakers are also bracing themselves for problems. Carlos Tavares, chief executive of Stellantis, the world’s fourth-largest automaker by sales, has said chip constraints will continue to haunt the auto industry next year.

The demand for auto chips has boosted manufacturers such as Onsemi and Infineon as well as STMicroelectronics, NXP Semiconductors and Nexperia.

Infineon last month raised its forecast for revenue growth from 9 per cent to more than 10 per cent in the coming years, without giving a specific timeframe.

The German chipmaker also announced its biggest single investment of €5bn to build a factory in Dresden to produce analogue, mixed-signal and power semiconductors, used in cars and other industries.

El-Khoury said Onsemi was expanding production at plants in Rožnov in Czech Republic, Busan in South Korea and New Hampshire in the US, which the company estimates will increase capacity by 30 per cent next year.

“We have a lot of customers under the so-called long-term supply agreements and we are building the capacity to support those first,” he added.

The demand for auto chips has been fuelled mainly by the more connected functions of fuel vehicles and the switch to electric cars, which is likely to accelerate further as combustion engines are gradually phased out. 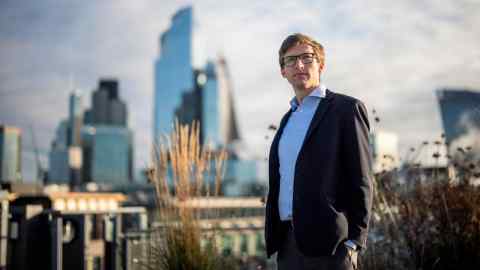 The upbeat outlook for auto chips contrasts with other parts of the sector, which supplies semiconductors for smartphones and personal computers.

These groups, which include Taiwan Semiconductor Manufacturing Company (TSMC), Intel and Samsung, have suffered a drop in demand.

TSMC, the world’s biggest contract chipmaker that supplies companies such as Apple, Google and Amazon, has slashed its planned capital expenditure by about 10 per cent to $36bn this year.