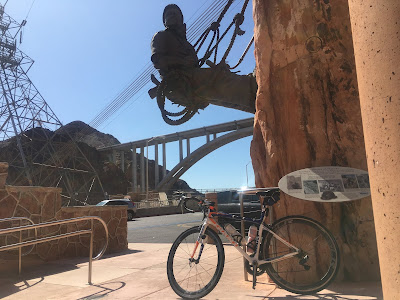 It took a while to figure out a 100-mile bicycle route in the Las Vegas area.

But now I have it down — it’s a Summerlin to Hoover Dam/Arizona and back ride, following the same route home that I follow to this engineering marvel at the Nevada-Arizona border. 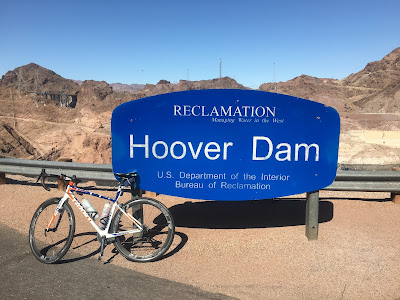 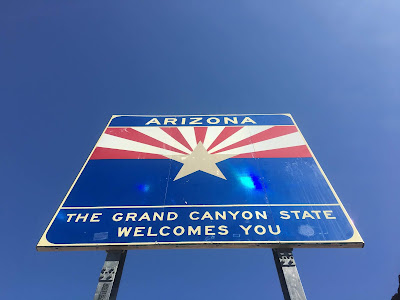 It’s a bike ride fashioned to eliminate as many surface roads as possible and use as many paved bike trails as possible.

The truth is I witness how people operate motorized vehicles on our roads in the metro Las Vegas area and I fear the speeding, distracted driving and the incompetence to operate a car inperil my bicyclist safety. Plus, there’s the general discomfort of having so many motorists nearly drive their cars into me, which has forced me to seek refuge on trails without the threat of motorists.

People who drive their cars and imperil my life will not keep me from bicycling, which comes as natural to me as breathing.

So I have pieced together a route that follows no less than four different paved trails — the 215 Western beltway that I pick up at the 215 and Sahara for a ride to the trail end to Tropicana; then I’m back on the 215 trail way down at Warm Springs, and that trail becomes the Pacific Union railroad trail in Henderson, which hooks into the River Mountains Loop trail thanks to a bridge that spans 93 and ties the railroad trail into the River Mountains trail.

And I follow the River Mountains Loop toward the Lake Mead National Rec Area and onto Hoover Dam. 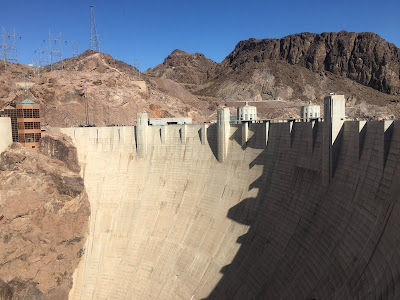 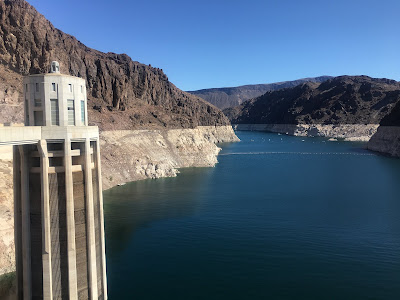 About half of the bicycle route is via trail.

A trail, however, doesn’t guarantee your safety. The 215 trail through Henderson south of McCarren Airport has several dangerous crossings because of the design and engineering of the roads that are intersecting the trail at the 215 entrance and exit ramps.

The trailing crossings are dangerous. And crossing St. Rose Parkway is a joke via the 215 trail. There is no crossing. You are forced to bike a half-mile up the road to a traffic signal, cross St. Rose Parkway, and bike on a sidewalk against the flow of traffic with many motorists entering St. Rose from side parking lots and endangering you as you’re on a sidewalk trying to reach the continuation of the 215 trail.

Heading home to Summerlin, the 215 trail heading north ends at Warm Springs and I follow Warm Springs across Las Vegas Boulevard and take it west to Valley View, where I turn right and pedal about three miles to Hacienda, where I turn left and head west.

But Valley View, which runs parallel to Las Vegas Boulevard is a wide road and quiet on a Saturday.

Plus I enjoyed this Cirque ad vehicle. 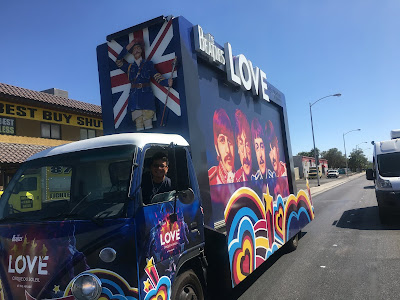 I follow Hacienda west to Durango, make a right turn and head north on Durango to Tropicana, where I turn left and bike a mile to the 215 western beltway trail just past the Tropicana entrance on 215. And I head home on the 215 trail in Summerlin.

Summerlin has homeless issues, too. Here’s a makeshift tent on the 215 trail bridge spanning Town Center, a road in Summerlin. 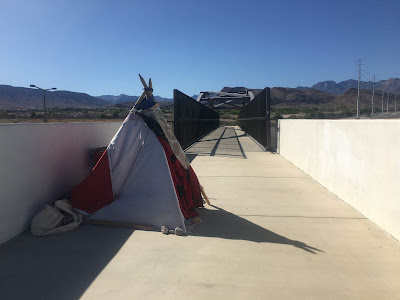 It was hard to find a 100-mile ride I could enjoy from my home in Summerlin without driving somewhere else. Biking through Red Rock Canyon and turning right on Nevada State Route 160 to Potosi Mountain is a terrific bike ride but it’s a hard climb and wouldn’t result in a 100-mile ride with an out-and-back ride.

The Las Vegas area has some terrific rides — the Red Rock Loop, Mount Charleston’s Deer Creek Road and Valley of Fire. The city of Henderson is easily the best government at supporting bicycling with bike trails, while Clark County’s government is a joke. City of Las Vegas is a mixed bag — some OK safe roads to bike like Alta, but lots of other roads that are dangerous.

The Strip seems to have its own planning rules. Clark County should make the Strip safer and more accessible for bicyclists because it’s a worker hub. But the county lets the hotel-casino owners call the shots — ones that are not friendly to bicyclists.

I reached Hoover Dam around 10:30 a.m. and soaked up this feat of engineering. It’s a wonder. 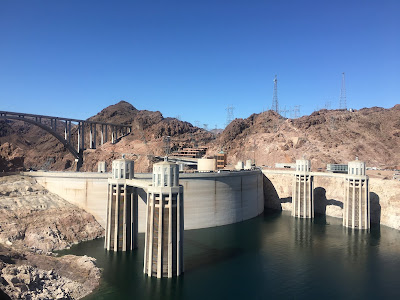 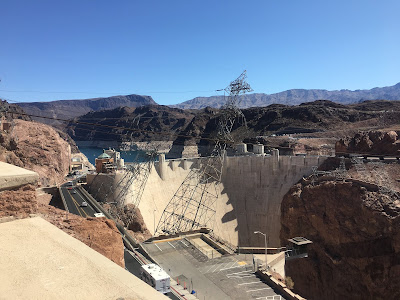 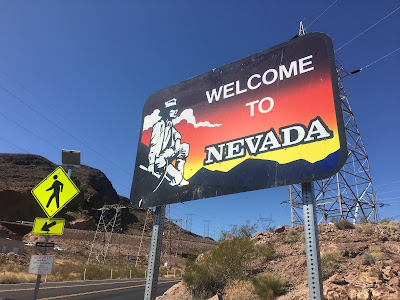