Dealers say the significant increase in sales was driven by a need to plug the diminishing inventory as most dealerships were transitioning from BS-IV to BS-VI when the Covid-19 lockdown was announced. 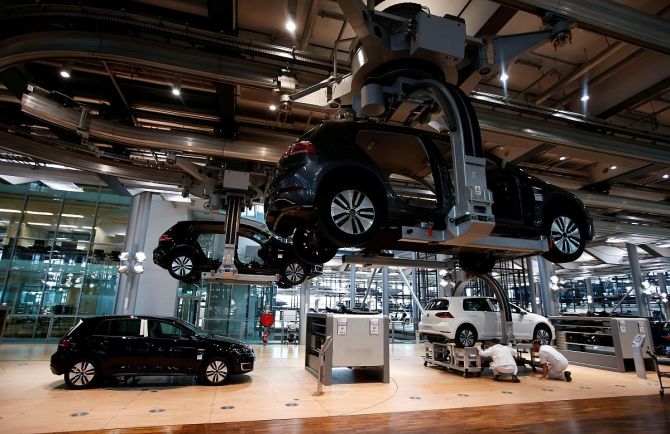 Wholesale automobile sales for most companies in India may have risen significantly in August, but dealers say they are yet to see signs of recovery in retail demand.

Dealers say the significant increase in sales was also driven by a need to plug the diminishing inventory as most dealerships were transitioning from Bharat Stage (BS)-IV to BS-VI when the Covid-19 lockdown was announced.

“Auto companies are seeing through rose-tinted glasses. Obviously there is stock build-up happening.

“For some companies, it is overstocking, leading to an inventory pile-up. For others, it’s regularisation of stock,” said Vinkesh Gulati, president of Federation of Automobile Dealers Associations (FADA), an apex lobby group of automobile dealerships.

“All dealers had nearly cleared their BS-IV stock. There was near-nil inventory and hence, an opportunity for stocking up was there, which reflected in the wholesale numbers,” said Nikunj Sanghi, managing director at JS Fourwheel Motors and past president of FADA.

Recovery of auto sales has also reignited the debate over whether automakers should reverse the conventional practice of reporting figures of wholesale data (despatches to dealers) and instead switch to reporting retail data (sales to end-customers).

Auto sales numbers are a barometer of the country’s economy.

Gulati, the new president of FADA, said he would keep on pressing the industry to adopt retail sales as that would give a true picture of the ground reality.

“Every dealer works on a dealer management software, which is a platform for automakers. So their data on sales gets updated in real time. But they don’t report it.

“Their message is not for the dealers or ground reality. It’s for their shareholders,” said Gulati, adding that in contrast to the 20-per cent growth reported by auto companies in August, the dealers don’t expect any growth, except in the tractor segment.

However, Gulati said dealers were expecting the third quarter (Q3) to be a good sales period.

This may prevent the stock push by automakers, leading to inventory pile-up.

“We expect some good sales happening in Q3. Everyone is expecting October and November to be good, followed by December, when the year-end sales happen.

“So Q3 will be the best quarter of this year. Hence, the inventory pile-up isn’t hurting. But if the gap in wholesale is huge in September, it will pinch,” said Gulati.

Dealers say that with job layoffs and paycuts, banks and non-banking financial companies have become more cautious about extending credit.